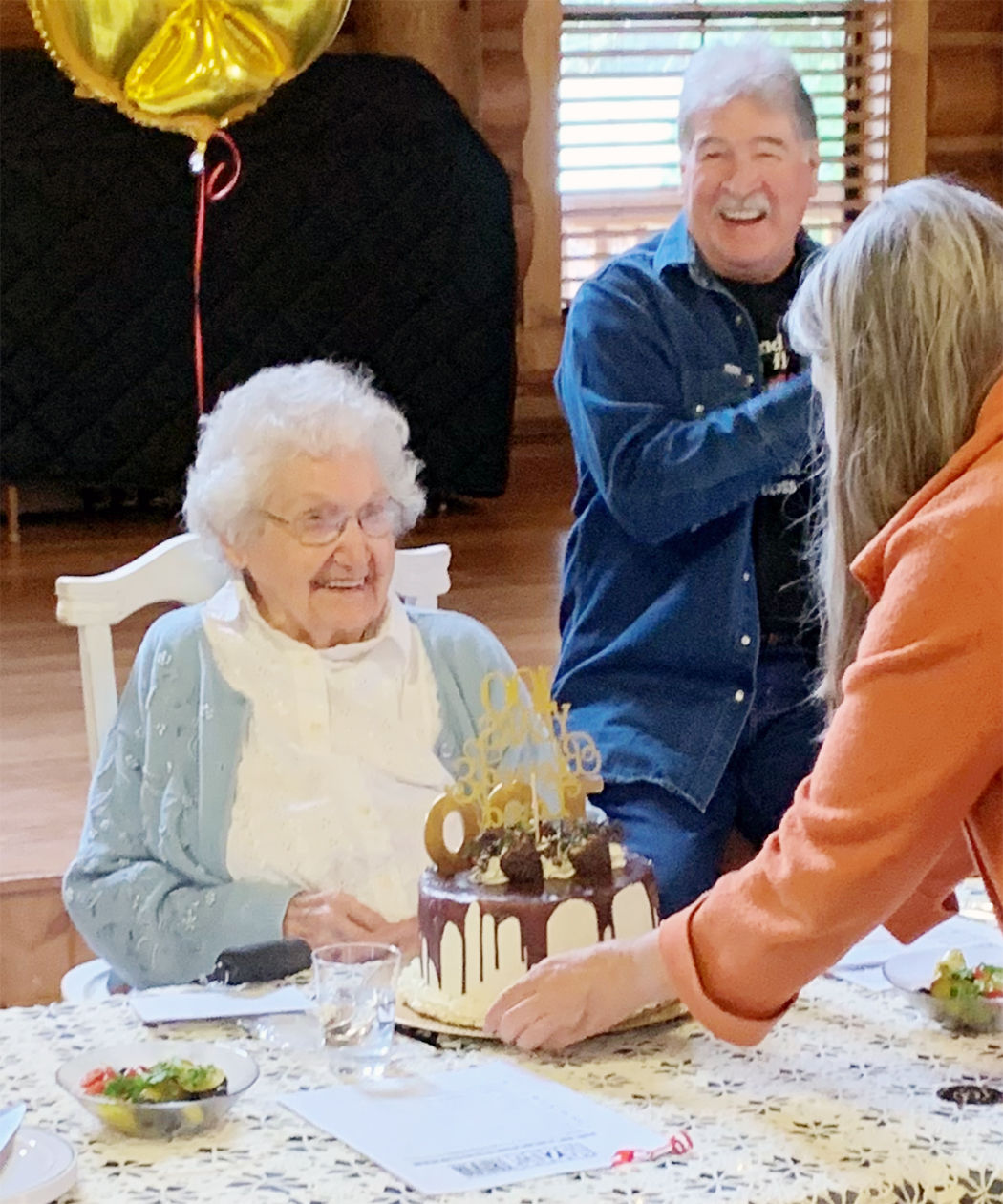 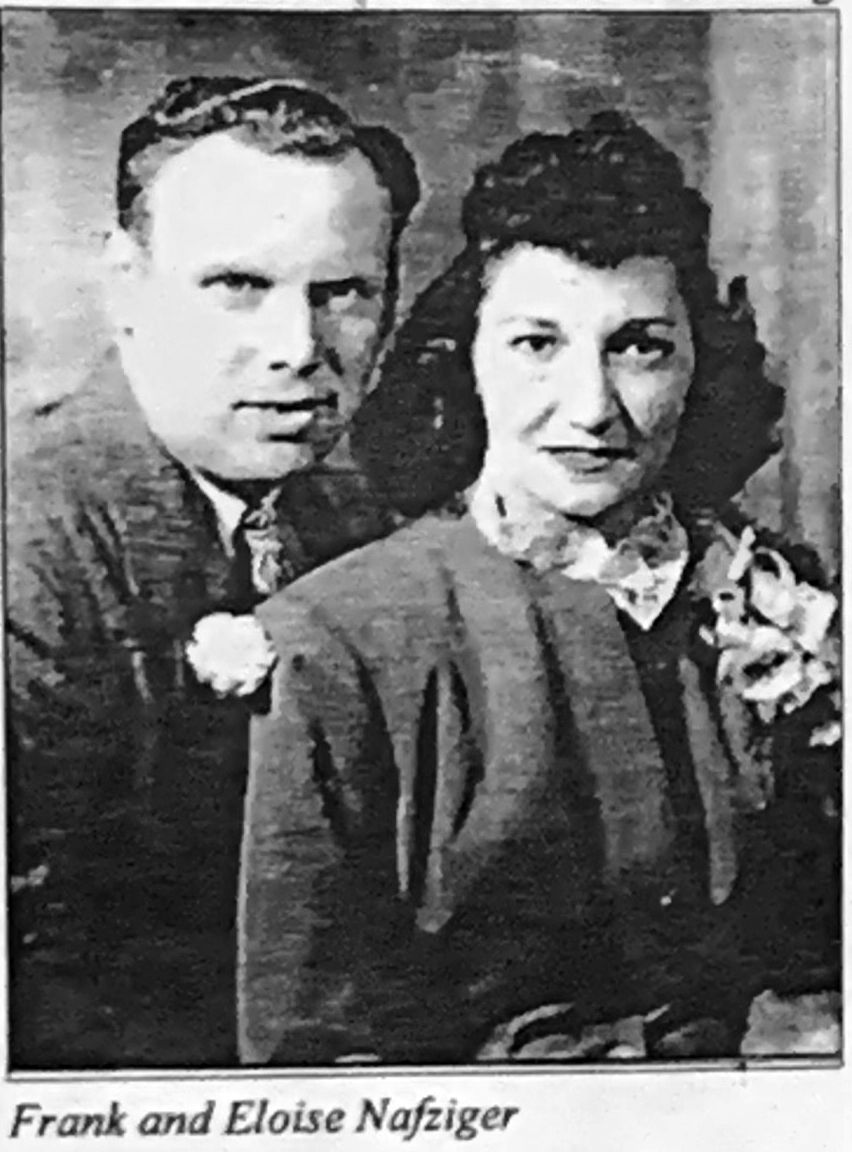 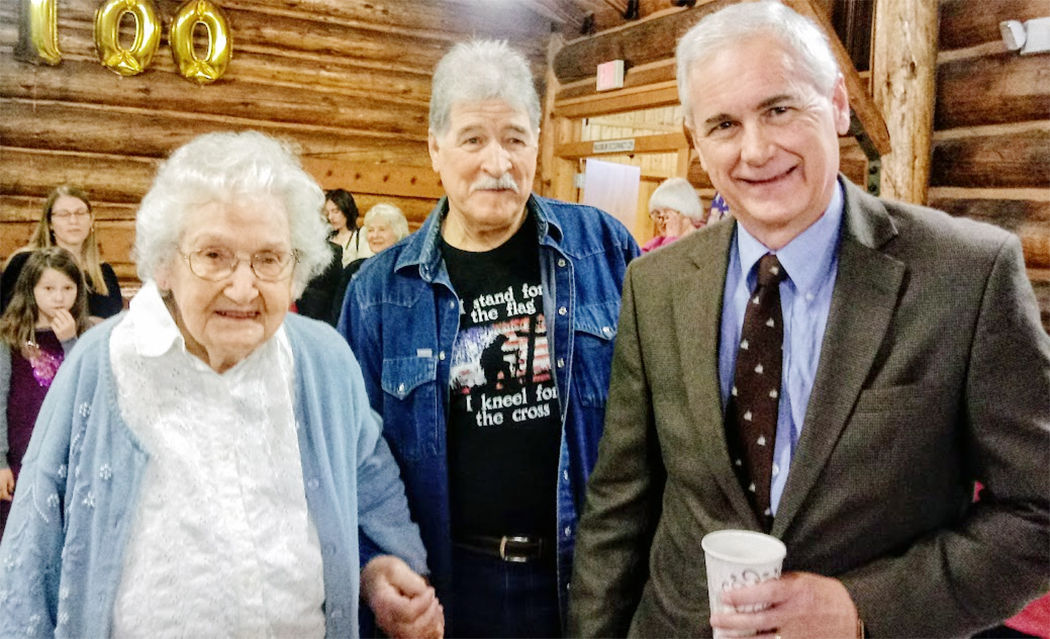 A grand surprise 100th birthday party was held at Foresthill Memorial Hall for “Eloise” Nafziger on March 8th. The family secretly distributed invitations throughout the Foresthill community for the event. Eloise was completely surprised as she entered Memorial Hall to the delight of the room full of well-wishers.

Eloise was born in Phillip, South Dakota on March 8, 1920 to Sarah and Clarence Pierce. Her given name is Ella Louise, however over the years her loved ones compacted her name to Eloise. This came as a surprise to some of the younger generation in the family at the birthday celebration. She was the last born child in her family of seven siblings. Myron was the first born, fourteen years older than Eloise. He was followed by Clarence, Harriet, Walter, Edna, Paul, Arthur and then Ella Louise. Her favorite childhood memory was tagging along with her older brother and sisters going on hikes.

After graduating from high school, Eloise attended Dakota Wesley College for two years until interrupted by WWII. She went to work at Grand Rapids Air Force Base to help with the war effort. After the conclusion of the war, Eloise started work as a hostess at a local restaurant. It was here that she met the love of her life and future husband Frank Nafziger. At first meeting, Eloise said she remembers that she “Wasn’t too impressed!”. AHowever, a year later, after Frank ate many, many meals at the restaurant, Frank proposed and they were married on June 3, 1948.

Shortly after their marriage, Frank and Eloise moved to Oregon for Frank’s employment. They lived there for only two years as Frank was transferred to the San Franciso area and they lived in Walnut Creek for the following 28 years. Raising their two adopted children, Susan and David, kept Eloise very busy. Around 1982, the Nafzingers wondered where they would settle for their retirement. They travelled quite a bit in their motorhome and greatly enjoyed their time at French Meadows. This soon led to a lot purchase in Todd Valley. Here, they designed and built their  new home together. Frank and Eloise became very active in the Foresthill community. Eloise loved being involved with the Safety Club, Friendship Club, American Legion Auxillary, Senior Gleaners Senior Activity Center and the Over 50 Club. Both Frank and Eloise volunteered many years at the Fire Department Summer Garage Sale which they fondly called the “Nordstrom Summer Sale”.

Frank passed away twelve years ago. Eloise continues with her love of reading and cannot believe she is 100 years young as she states “There is nothing physically wrong with me, I can’t believe it!”.

The community of Foresthill is blessed to have Eloise as our neighbor. We wish her many more healthy years.

Are You Following the Mandated Home Isolation That Has Been Imposed?