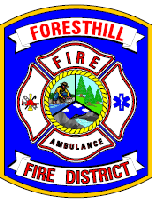 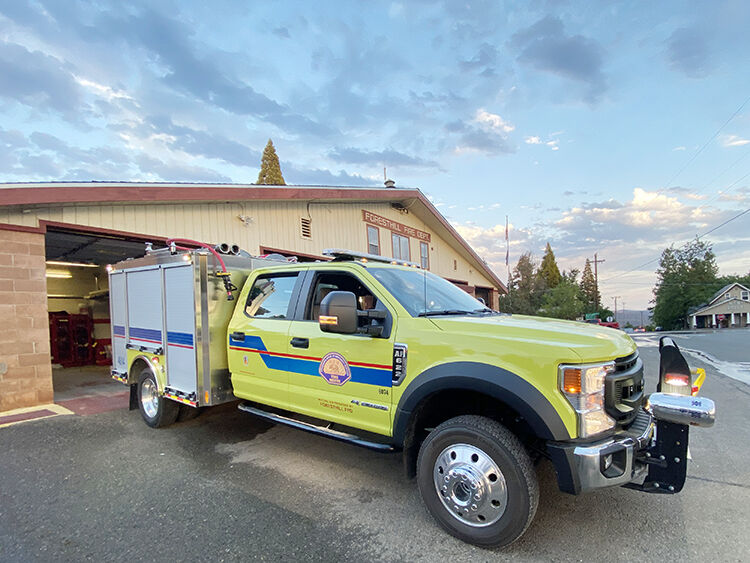 On June 28, 2021 a small group of Foresthill Fire Protection staff went down to the Governor’s Office of Emergency Services (Cal OES) in Rancho Cordova to pick up a new Type VI fire engine that has been assigned to the Fire District.

The Type VI engine is equipped with two pumps, a midship single-stage pump capable of 500-gallon per minute (gpm) performance, along with a portable diesel pump delivering 200 gpm, plus a 300-gallon water tank. It will also incorporate a foam system with a 20-gallon foam tank.

Two booster reels, positioned on top of each side of the stainless-steel body, provide expanded pump-and-roll capability. One 300-foot reel of 1½-inch hose, and a 150-foot reel of 1-inch hose allow the Type VI to operate effectively on the fire line while improving the trucks’ role in wildland interface operations as well as wildland applications.

Cal OES recently purchased 46 Type VI engines that will be strategically located throughout the State. A total of 73 Type VI engines will be available in the State when the full deployment of engines is completed.

In accepting responsibility for the Cal OES fire engine, the district is responsible to staff and respond with the engine to support statewide emergencies. Responding to these statewide emergencies will also provide valuable experience for the district’s firefighters. Reimbursement for personnel costs associated with staffing and responding with the fire engine would be provided by the State.

The district also gains the benefit of having the ability to place the fire engine into service if needed due to an emergency.

The Type VI Engine can maneuver into smaller places and adding this engine would increase the district’s capability. The apparatus cannot be used as a "frontline" engine but can be used as a backup if an apparatus is out of service. The district does not currently have a backup engine of any type. The district’s maintenance costs of this fire apparatus are minimal when compared against the benefit of having an extra fire engine available locally.

Will You Be Voting In the Upcoming Gov. Newsom Recall Election?