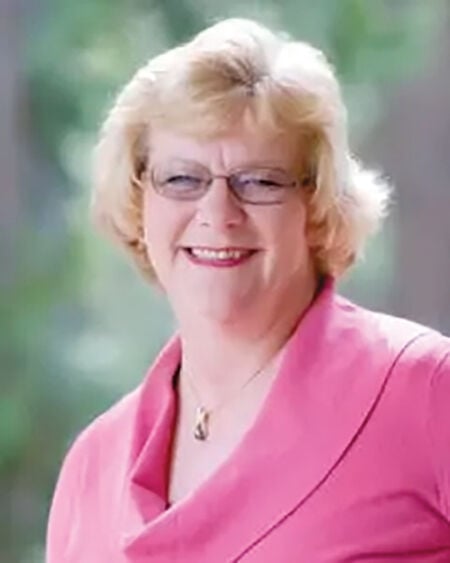 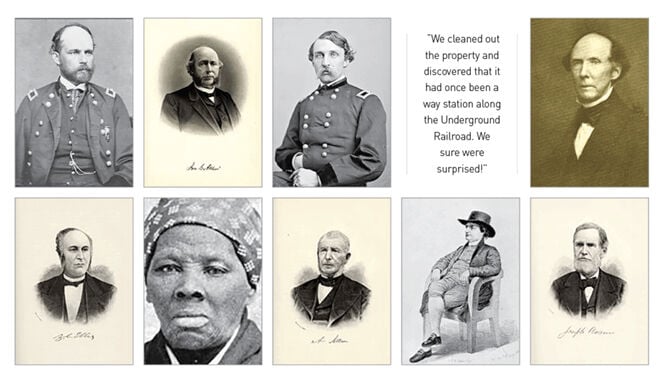 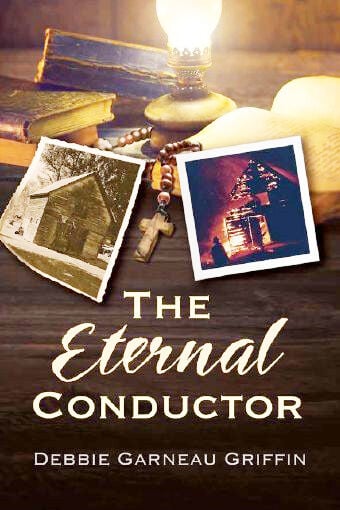 has  written a new book  about the Underground Railroad and  her haunted childhood house located in Fair Haven, Vermont.

‘The Eternal Conductor’ explores a local stop on the Underground Railroad

Debbie Garneau Griffin grew up in a haunted house in Fair Haven, and has recently published a book, “The Eternal Conductor,” based upon true-life events (Write Your Way, 2020). From a young age, Griffin knew something supernatural was afoot in her home.

“It was just my mother and me living at the two-story house, but I would often hear footsteps upstairs. So one night I went up to see who else lived with us. That’s when I had my first encounter with the ghost. He told me he was there to protect us from evil.”

“My birthday is at the end of July. The day before my 13th birthday, it was hot and humid. Mom took me and my friends to Lake Bomoseen to swim. A thunderstorm broke out and we hustled home. We closed the windows downstairs, but forgot to close the upstairs windows. The storm continued throughout the night.

At one point, I felt something shaking me. When I opened my eyes, the ghost was telling me to change position so my head was at the foot of the bed. With great reluctance, I complied. Not long afterwards, the ceiling collapsed from the rain that had poured in, and landed on the head of the bed. Had I not changed position, I would have been killed. I owe him my life!”

Despite this haunted history, “The Eternal Conductor” is not exactly a ghost story.

The motivation and inspiration for the book came when Griffin moved her elderly mother to a nursing home in Rutland in the mid-1990s. “We cleaned out the property and discovered that it had once been a way station along the Underground Railroad. We sure were surprised!” she recalled.

After graduating from Southern New Hampshire University, Griffin was working at Digital Equipment Corp. in Boston when she met her future husband — who lived in California. She followed love out West in the early ‘80s as the PC industry was taking off in Silicon Valley. She got a job in the IT Department at Hewlett Packard, where she worked until retiring 28 years later.

“It was after I retired, that I decided to do more extensive research of the Underground Railroad routes of the Northeast and figures who were involved.” Griffin said.

Griffin made several trips back East, visiting the Rokeby Museum in Ferrisburgh and the North Star Underground Railroad Historical Association in Ausable Chasm, New York, to do research.

“The curators at both museums were very helpful in guiding me to their research and archives, for which I was most appreciative. I also did considerable research at the Fair Haven Free Library as they had documentation about places that were part of the Underground Railroad network in the local area,” she said.

“The Eternal Conductor” was also made possible in part by a grant from the Fair Haven Historical Society.

“Because my book received such great support from the community, I have donated to the Mayor Murfee Playground Fund so future generations will have fond memories of growing up in Fair Haven, as do I,” Griffin said.

Griffin visits the Killington area often, as her brother-in-law, Ron Willis, is a lifelong resident and retired postmaster. Currently, she resides in Foresthill, California, which is a little bit more like Vermont than Silicon Valley.

“I lived in Silicon Valley for 30 years and what I missed the most was the changing of the seasons,” said said. “So after we retired, my husband Mike and I moved to a historic gold-rush town in the Sierras…about the same size as Fair Haven. Interestingly, it’s called Foresthill…so I guess the ‘F’ and ‘H’ stayed with me! And yes, we now have four seasons…and I really enjoy getting snow!”

She is working on her second book, a ghost story about gold miners in California who were trapped in a mine collapse in 1852. “In present day, a retired couple buys a property in the town and discovers that a defunct mining company owns the mineral rights beneath their property in perpetuity. When their dog lunges into a huge sink hole that opens up on their land, lots of bad things start to happen! Stay tuned…” she said.

To learn more about Griffin and “The Eternal Conductor” visit theeternalconductor.com.

Will You Be Going On a Trip or Vacation Before the End of Summer?